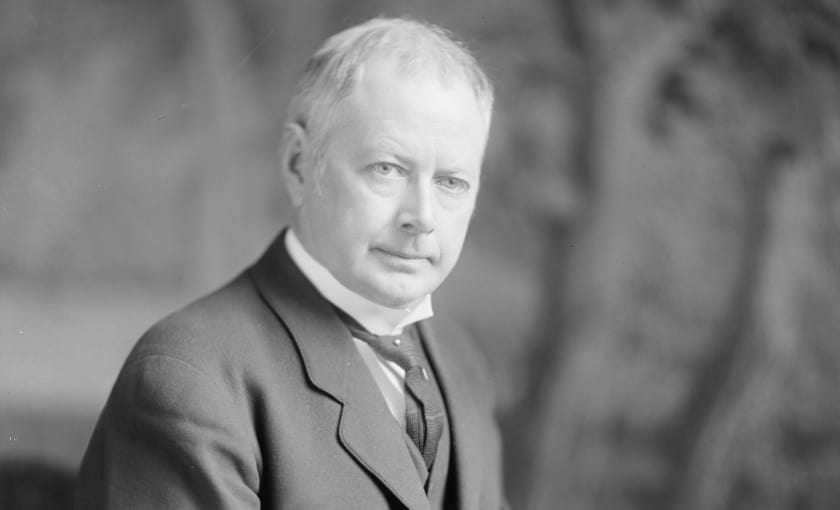 Americans who watch peaceful protestors being yanked into unmarked vans by unidentified federal agents may understandably believe that the American government has never been so repressive, at least not internally.

They are wrong. During and after World War I, the federal government and the states, with the eager assistance of private vigilante groups and the approval of much of the press and public, executed a campaign of persecution that dwarfs anything seen since, with the exception of the internment of citizens of Japanese descent in World War II. The Espionage Act, the Sedition Act, and the Trading with the Enemy Act, all passed after the United States entered the war, gave the federal government sweeping but vaguely specified powers to intervene in citizens’ lives. The Sedition Act, for example, banned “any disloyal, profane, scurrilous, or abusive language about the form of government of the United States.”

Federal agencies were free to interpret these Acts as they saw fit. Postmaster General Albert Sidney Burleson used the Trading with the Enemy Act to suppress foreign-language periodicals that he considered suspect. They now had to obtain advance approval from the Post Office Department to publish any articles that referred to the government, to the belligerents, or to the war itself.  English translations had to be submitted to the Post Office in advance, which increased costs and prevented timely publication even if an article was ultimately approved. English-language journals were not exempt. One was censored for reprinting Thomas Jefferson’s judgement that Ireland should be a republic, on the grounds that it defamed the British; another was banned for suggesting that the government tax more and borrow less to finance the war. Many people were disqualified from taking civil service examinations on grounds of disloyalty, a judgement for which there was no appeal.

Attorney General Thomas W. Gregory condemned those opposed to the war: “May God have mercy on them, for they need expect none from an outraged people and an avenging government.” The Justice Department deputized “patriotic” organizations like the American Protective League to do what officially the Department could not: slander individuals, break into their homes and offices, open their mail, wiretap their phones, and turn over seized materials to the Bureau of Investigation (precursor to the FBI). In four days in September 1918 the APL and Justice operatives in New York City rounded up over 50,000 men from homes and offices and off the streets, charging them with violating draft rules; over 16,000 were judged guilty. Children’s organizations were recruited to eavesdrop on private conversations and report dubious comments.

State governments eagerly joined in. Councils of Defense were formed to propagandize for the war and investigate suspected dissent. They were empowered to compel testimony and to demand records, often forbidding the accused to consult counsel. In California, 200 people were quickly interned for disloyalty. In other states, citizens deemed not to have bought enough war bonds had their finances investigated. People convicted of criticizing the government, the war, or the allies received prison sentences of a few months to twenty years.

At first the targets of this campaign were Americans of German or Austrian descent, regarded as inherently or potentially disloyal. German-Americans were the largest ethnic group in the country and were prominent in all classes and professions. Nonetheless, German, then widely used in mathematics and engineering, was banned as a language of instruction in schools and universities; Frank Johnson Goodnow, president of Johns Hopkins University, said that “all teachers of German birth or antecedents, or even of German extraction, should be regarded with suspicion.” Columbia University fired professors whom it deemed subversive, of which the New York Times wrote that the University had “done its duty by expelling members of the faculty who . . . fomented disloyalty.” German-born Karl Muck, conductor of the Boston Symphony Orchestra, was arrested and held in a federal prison until August 1919; similar treatment was meted out to Ernst Kunwald of the Cincinnati Orchestra. People speaking German were beaten on the streets; one, Robert Prager of Collinsville, Illinois, was lynched by a mob of 500. A jury acquitted the ringleaders in 25 minutes. The Washington Post wrote that while lynchings were regrettable, the anti-German agitation was “a healthful and wholesome awakening.”

Repression quickly spread to other groups already held in disdain by a large segment of the populace. An organizer for the International Workers of the World, a radical union, was dragged behind a car and hanged from a bridge in Butte, Montana. Several weeks later a pacifist minister, Herbert S. Bigelow, was seized and whipped by a Cincinnati mob. Referring to the Jews, the New York Times praised the Selective Service Act as providing “a long and sorely needed means of disciplining a certain insolent foreign element in this nation.” In East St. Louis, Blacks newly arrived from the South took jobs vacated by drafted white men; union members spread rumors of Black attacks on whites, then rampaged through Black neighborhoods for three days, causing over 100 Black casualties including many deaths. Civic groups demanded that immigrants become “100% American,” shedding not only their loyalties to their previous homelands but their native cultures as well. President Woodrow Wilson, hero of the Progressive movement, in a speech to Congress as early as 1915, said that many immigrants were “creatures of passion, disloyalty, and anarchy,” who should be “crushed out.”

The impulse to repress did not die with the end of the war. Between 1918 and 1919, in the so-called “Red Scare,” Attorney General A. Mitchell Palmer used the Espionage Act and bombings by anarchists to justify prosecuting foreign-born radicals and activists who expressed opinions critical of the United States; many were imprisoned or deported. The Supreme Court ruled that the Act’s limits on free speech were justified.

Blacks fared no better. Alarmed by the return of Black veterans trained in the use of arms, Southerners and many in the Midwest flocked to a rejuvenated Ku Klux Klan, which fomented a campaign of terror against Blacks exerting their political rights. The year 1919 saw 77 lynchings, among the victims 10 Black veterans in uniform. Race riots erupted in many cities; the vast majority of victims were Black.

Some may see this history as showing that things today aren’t all that bad. Others may view it as indicating how bad things can get. Either way, it shows how far a democratic republic can go to impose the government’s will on its citizens.

Gene Fax is author of With Their Bare Hands: General Pershing, the 79th Division, and the Battle for Montfaucon and numerous articles on World War I. Material for this article came from, among other sources, Over Here: The First World War and American Society, by David Kennedy (Oxford University Press, 1980).